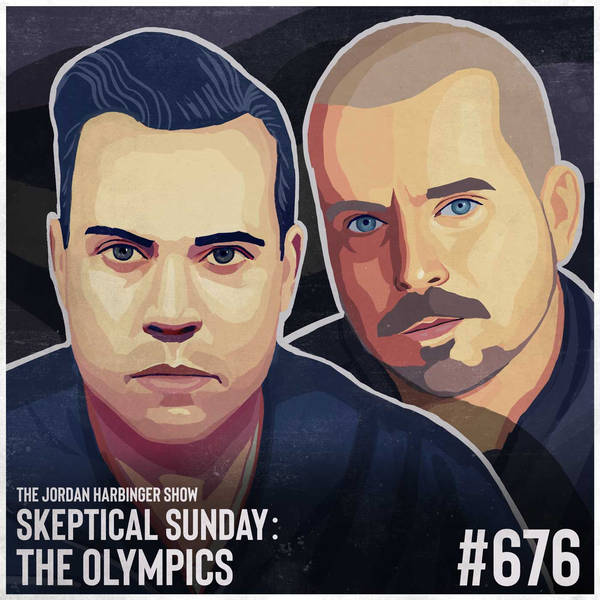 The Olympic games hold a place of reverence in the hearts of people around the world. But for the athletes who wreck their bodies and their bank accounts training for years to compete in the Olympics for glory and national pride -- especially the ones who hail from Team USA -- are the games kind of a sham?

Welcome to Skeptical Sunday, a special edition of The Jordan Harbinger Show where Jordan and fact-checker, comedian, and podcast host David C. Smalley break down a topic that you may have never thought about, open things up, and debunk common misconceptions.

Full show notes and resources can be found here: jordanharbinger.com/676

On This Week's Skeptical Sunday, We Discuss: In spite of the PR boost nations get whenever their teams win medals and the influx of cash brought in by the games, the United States is one of the few countries that doesn't spend a dime supporting its Olympic athletes. A so-called non-profit, the US Olympic & Paralympic Committee brought in $317 million in revenue in 2018, including $122 million in broadcast revenue, which resulted in $48 million in profit. The CEO made $800,000 in compensation. 60% of the athletes who train full-time for years to have a chance at competing in the Olympics do not consider themselves financially stable, often relying on low-paying gig economy jobs to fund their journey. For Team USA athletes who win medals, the USOPC pays out $37,500 for gold, $22,500 for silver, and $15,000 for bronze. In contrast, Singapore rewards its athletes with $1 million for gold, $500,000 for silver, and $250,000 for bronze. In 2012, half of the track and field athletes made less than $15,000 per year, while the track and field CEO earned $1.2 million in 2018. In 2012, US News and World Report found it cost around $100,000 per year to be an athlete in the Olympics. Connect with Jordan on Twitter, on Instagram, and on YouTube. If you have something you'd like us to tackle here on Skeptical Sunday, drop Jordan a line at jordan@jordanharbinger.com and let him know! Connect with David at his website, on Twitter, on Instagram, on TikTok, and on YouTube, and make sure to check out The David C. Smalley Podcast here or wherever you enjoy listening to fine podcasts! If you like to get out of your house and catch live comedy, keep an eye on David's tour dates here...