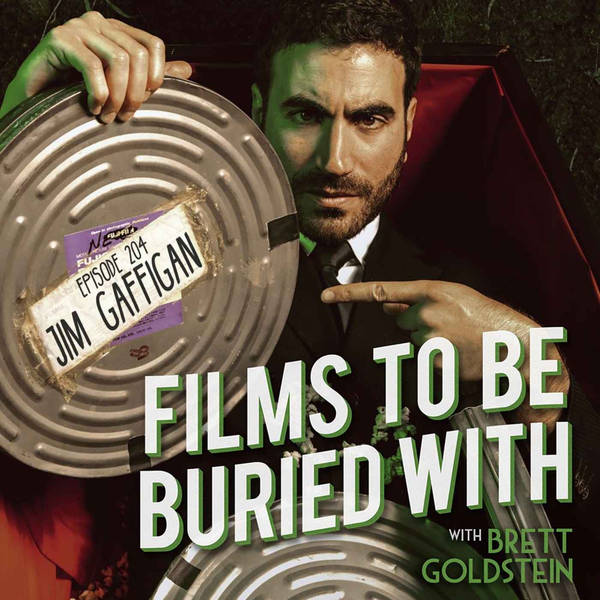 Jim Gaffigan • Films To Be Buried With with Brett Goldstein #204

Join your host Brett Goldstein as he talks life, death, love and the universe with superstar comic and actor JIM GAFFIGAN!

A road-tested 'name you can trust' on the comedy scene for years, Jim's Comedy Special regimen is of the highest degree and more than likely you will have come into contact with his unique ace styles before. Well, here is your chance to meet Jim the film lover, as we hear his picks for all kinds of situations and environments, picking up all sorts of nuggets and gems along the way. From extensive parenthood, to re-appraising horrors, to self motivation, and some choice Hollywood thoughts and ponderings, it's a heartwarming and really nice episode. Enjoy, you surely shall!