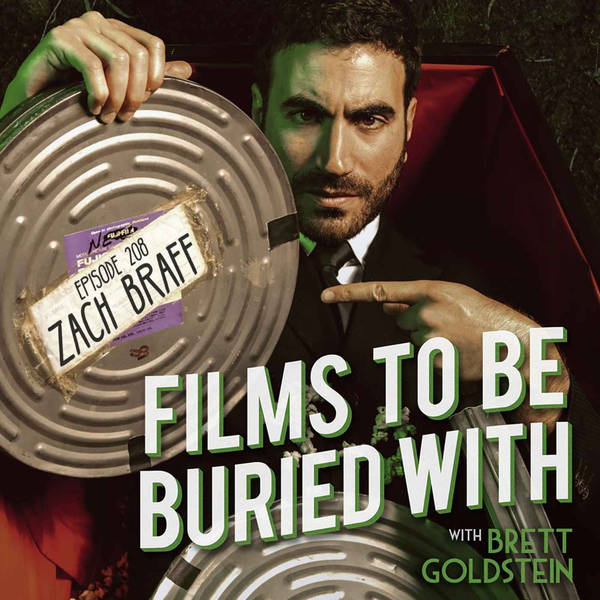 Zach Braff • Films To Be Buried With with Brett Goldstein #208

Join your host Brett Goldstein as he talks life, death, love and the universe with actor, director and writer ZACH BRAFF!

Okay and fake doctor. But REAL friend. You may of course know Zach from his full term shift as J.D. in Scrubs, or maybe you saw Garden State, or perhaps some more recent work altogether - well here's your perfect chance to catch up on everything Zach, which includes those fun packed back in the days nuggets, the Scrubs podcast, what the term 'execution dependent' could possibly mean, directing a Ted Lasso and becoming an inventor in the process, younger day sob-fests, and being an HSP! You'll find out. A lovely chirpy episode which you'll love!