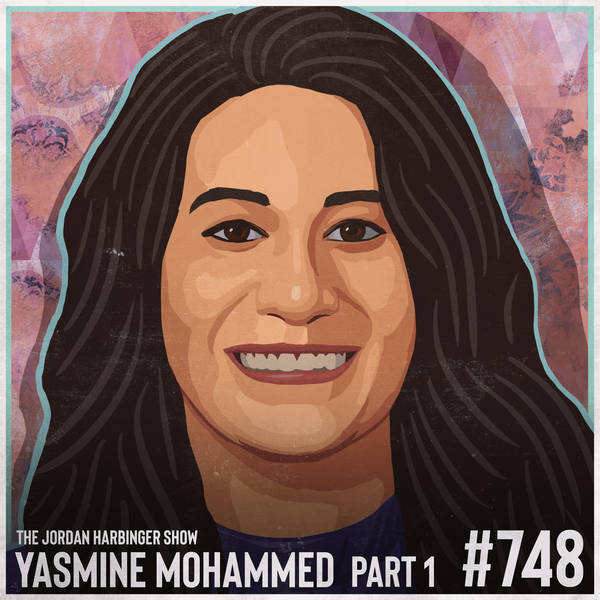 748: Yasmine Mohammed | How the West Empowers Radical Islam Part One

Yasmine Mohammed (@yasmohammedxx) is a human rights activist who advocates for the rights of women living within Muslim-majority countries, as well as those who struggle under religious fundamentalism in general. She is the founder of Free Hearts Free Minds and the author of Unveiled: How Western Liberals Empower Radical Islam. [This is part one of a two-part episode. Be on the lookout for part two later this week!]

What We Discuss with Yasmine Mohammed: Why curtailing expression in free societies is the worst possible response to threats made by religious fundamentalists. How the same religious text that serves to inspire millions gets interpreted by extremists to justify gruesome acts of terrorism and tyranny. How fundamentalist scofflaws abuse the tolerance and goodwill of free societies to drain resources and establish footholds conducive to their extremist ideologies. Yasmine shares her story of growing up in a subordinate family of a religiously justified polygynous household — not in some remote, developing nation, but Canada. The dangers that women and secular-minded members of a society run by religious extremists face, and why such societies need to be challenged rather than given a free pass to continue their oppression for fear of offending the people in charge and their enablers — often the oppressed, themselves. And much more...

Full show notes and resources can be found here: jordanharbinger.com/748

Miss our conversation with vertical skateboarding legend Tony Hawk? Catch up with episode 324: Tony Hawk | How Did I Get Here? here!