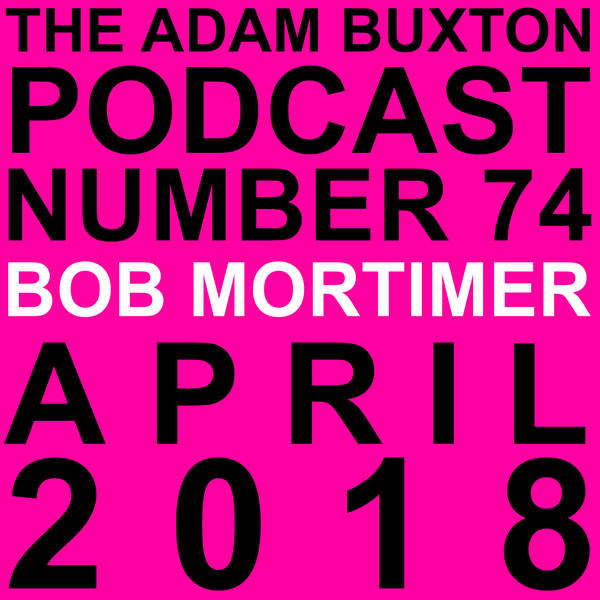 Hi. Adam Buxton here with some notes about Bob and this episode.

For nearly 30 years Bob and his comedy partner Jim Moir (aka Vic Reeves) have stuck doggedly to what makes them laugh whether mainstream audiences get it or not, with shows like ‘The Smell Of Reeves & Mortimer’, ‘Bang Bang It’s Reeves & Mortimer’, ‘Catterick’, and ‘House Of Fools’ as well as the occasional reboots of the massively popular panel show ‘Shooting Stars’ and the show that introduced them to the world in 1990, ‘Big Night Out’.

Consistently and inexhaustibly joyful, energetic and absurd, their parade of characters, silly voices, home made props and a sensibility that is often close to avant garde performance art, has made them two of the best loved and most influential comedians the UK has ever produced.

When not working with Jim, Bob enjoys watching football. He’s an avid supporter of Middlesbrough FC and is currently the co host along with comedy writer Andy Dawson of the vaguely football themed podcast, ‘Athletico Mince’. It’s up with the funniest stuff Bob’s ever done.

My conversation with Bob, took place in the London office of his agent and for a while we had to battle with some quite loud talkers in the corridor outside doing agent business (I was too weedy to ask them to be quiet), but that calmed down after a little while and we rambled about getting older, the TV shows that Bob enjoys, his new fishing show with old friend and fellow comedian Paul Whitehouse, music, petty crime and now and then we looked back over a few Vic & Bob moments from the last 30 years.

It was a fun conversation that often revealed a softer and more gentle side to Bob than people might expect. It’s a good bet that he would feel quite deeply nauseated by that last sentence and perhaps a few before too.

Thanks to Séamus Murphy-Mitchell for production support and Matt Lamont for additional editing. Music & jingles by Adam Buxton