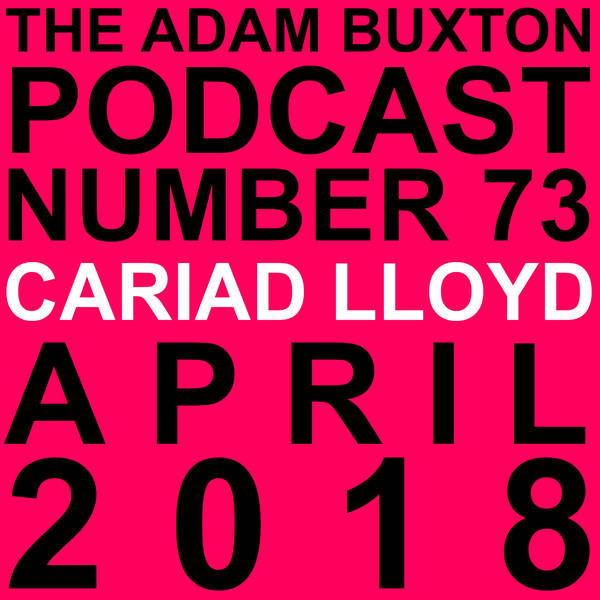 Adam talks with British actor, writer, character comedian and improvisor Cariad Lloyd (Austentatious, Murder In Successville, Drunk History etc.) about birth, middle age, funny accents, growing up in a ‘cult’ and why talking about death on a podcast is more fun than it sounds.

Hello, Adam Buxton here. My conversation with Cariad was recorded in February 2017. Why the delay putting it out Buckles? Well, long term podcats will know that some of the conversations I record take a long time to emerge because of the slightly ad hoc way me, Séamus and my occasional edit helpers go about getting each episode ready and figuring out where they should sit in the running order. We’re trying to get more organised but from time to time guests do experience significant delays. We apologise for any inconvenience caused.

When we recorded our conversation Cariad and I were both at pivotal moments in our lives. Cariad had just had a baby but her happiness at the new arrival was mixed with sadness that her father, who died suddenly when she was just 15, was not around to see his grandchild. We spoke about that and had a fun chat about mortality in general. As for me, I had just attended the NME Awards which made me feel very old for various reasons. Regular listeners will have heard me moaning about this before and Cariad was not spared…

Thanks to Séamus Murphy-Mitchell for production support and Jack Bushell for additional editing.