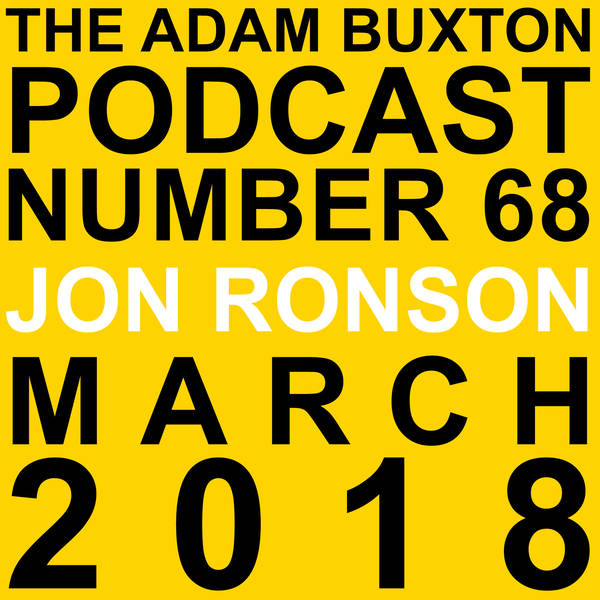 Adam talks with Welsh journalist, screenwriter and film maker Jon Ronson (‘So You’ve Been Publicly Shamed’, ‘The Psychopath Test’, ‘The Men Who Stare At Goats’, co writer of the films ‘Frank’ & ‘Okja’) about, amongst other things, his recent audio series ’The Butterfly Effect’ in which Jon meets people affected in a variety of surprising ways by the spread of free internet pornography.

But are there times when being judgmental serves a useful purpose, even if it’s annoying, hurtful or in the context of pornography, hypocritical? That isn’t just a random rhetorical question - it does actually get discussed in the podcast.

Thanks to Séamus Murphy-Mitchell for production support and Jack Bushell for additional editing.