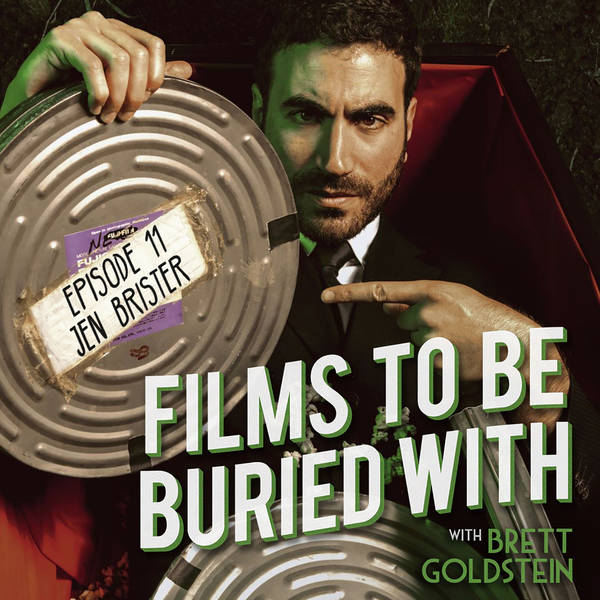 Jen Brister - Films To Be Buried With with Brett Goldstein #11

LOOK OUT! It’s only Films To Be Buried With! Join your host Brett Goldstein as he digs deep into the world of cinema and the subject of mortality (and SO much more) with the awesome and hilarious comedian JEN BRISTER!

Recorded deep into their individual runs at the recent Edinburgh Fringe, enjoy the war-torn survivors as they share a full on fun-packed hour or so unpacking this whole life business and the films contained therein… You can expect all manner of science, ranging from their experiences working the mind-altering Edinburgh circuit, how she eventually took off proper in the comedy world, the importance of new material and keeping everything fresh as possible, her escapism and sanctuary through films as a teenager - world films especially - and how this followed through into her present day life, afterlife chat with some theories on quick deaths, terrifying films they - and possibly we - watched as kids and continue to disturb to this day (thanks for nothing, Threads and Watership Down), awakenings via the film Pretty Woman, and some straight up personal talk INCLUDING a few revelations you will hear for the FIRST TIME EVER on this podcast! Yeah that’s right. Jen’s dropping EXCLUSIVES up in here. So get yer popcorn set up, rustle a pack of Wine Gums why not, and join the two as they go IN on the whole lot. Enjoy!

• JEN BRISTER on THE INTERNET!