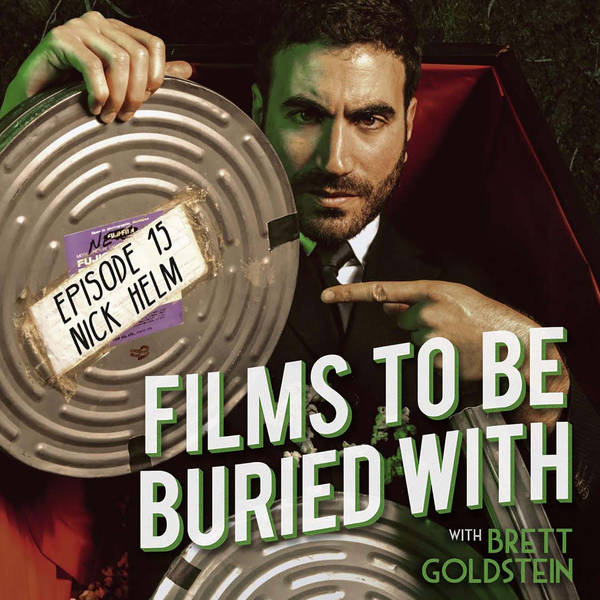 Nick Helm - Films To Be Buried With with Brett Goldstein #15

LOOK OUT! It’s only Films To Be Buried With! Join your host Brett Goldstein as he and his guest go deep into the subject of mortality via cinema, and this week he is joined by the tremendous, the hilarious - NICK HELM!

A really nice one this week, with Brett and Nick chatting all kinds of goodness about life and cinema, with reflections on what comes in that post-credit sequence we call the afterlife… You are in for all kinds of memories, observations, thoughts and ponderings from the pair, as Nick taps the old mental photo albums and reminisces about his early days hoarding film tickets, learning about film special effects as a kid, theories on life and death and all matters existential, how we relate to a Ghostbusters cast member in different stages of life, seeing ‘video nasties’ at an all too tender age (when IS it a good to watch Texas Chainsaw Massacre?), relating to Wes Anderson characters, some touching talk on father issues and the manifestation of them throughout life, comedy horror and the usual cinema hi-jinx you have come to expect. Enjoy Brett and Nick!

• NICK HELM on THE INTERNET!