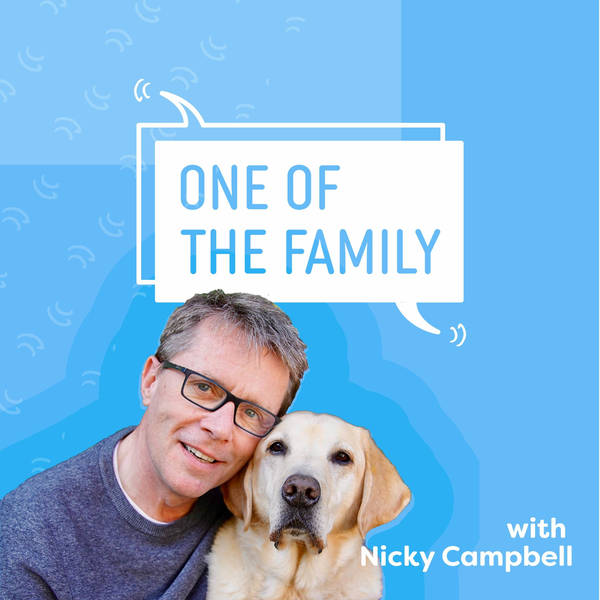 One Of The Family | A Nicky Campbell Podcast

In which people who never in a million years thought they would ever have a dog in the family, tell me how and why everything changed.

World Cup Winning Rugby star Will Greenwood speaks movingly about how Rufus helped his wife and him so much when their baby son Freddie died. The England and British and Irish Lions star never liked dogs when he was growing up. Now, four dogs later [including 2 rescues] and he couldn’t live without them. He is a total convert with the passion and zeal of one. He and Caro will have dogs in their lives as long as they breathe.

BAFTA-winning actress Rebecca Front played the Leader of the Opposition in the stinging political satire ‘The Thick of It’ but she’s dropped all opposition to dogs. She describes how she never wanted to pick up poo but then a cockapoo changed everything. Bailey has been amazing for the family and she is smitten.