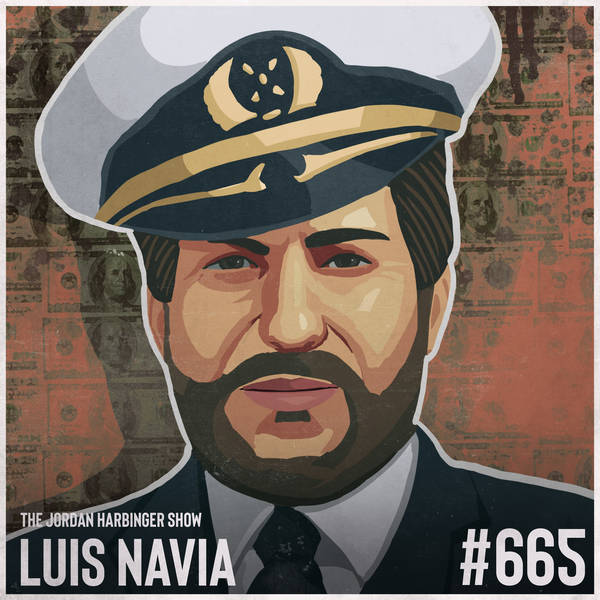 Luis Navia worked for nearly 25 years as a cocaine trafficker for the deadliest Colombian and Mexican cartels until the law caught up with him in 2000. He is the co-author (with Jesse Fink) of Pure Narco: One Man's True Story of 25 Years Inside the Cartels.

What We Discuss with Luis Navia: Why did Luis Navia -- a Georgetown student and the privileged son of an affluent sugar trader -- get involved in the illicit international cocaine trade with the most ruthless and infamous Mexican and Colombian drug cartels? How did Luis move between 200 to 300 tons of cocaine (roughly worth $10 billion) over the course of 25 years -- and live to tell the tale? Why did Luis insist on carrying out his business without a weapon -- in spite of being regularly surrounded by the perpetrators of unimaginably brutal violence? What are the logistics for smuggling massive amounts of cocaine over international borders with limited space and personnel? How did Operation Journey, an anti-narcotics effort coordinated across 12 nations and led by the United States and Great Britain, finally put an end to Luis' lucrative cocaine trafficking career? And much more...

Full show notes and resources can be found here: jordanharbinger.com/665

Miss our two-part conversation with the Caravaggio of currency counterfeiting? Catch up by starting with Episode 488: Frank Bourassa | The World’s Greatest Counterfeiter Part One here!